Huawei is in the hot seat these days, but Trump is now delaying the full Huawei US ban for an additional 45 days.

Trump Ban delay is the fourth since May 2018

This isn’t the first time US President Donald J. Trump is delaying a full Huawei ban. In fact, this is the third time Trump has delayed the Huawei ban in the last 9 months. The first ban came back in May, when Trump declared Huawei a banned company and forbade American companies from selling or buying from the Shenzhen manufacturer. Trump’s ban on the company was met with Google’s decision to revoke Huawei’s Android license just days later. With Huawei’s ban from both the US and Google’s Android, the company worried about updating its devices. The US, in a move to show sympathy to the company, allowed Huawei 90 additional days to update its devices to the latest system updates and security patches.

The ban’s delay until August was met with another 90-day reprieve that would take Huawei to November before getting the banhammer. A third reprieve, issued in November, takes Huawei until February 16th. Now the Trump administration is granting another reprieve that will last until near the end of March 2020.

Why Full Huawei US Ban is delayed

Why is the ban on Huawei delayed? The answer pertains to small US carriers. Remember the US Utilizing Strategic Allied Telecommunications Act (USATA)? It gives subsidies to small American carriers to help them upgrade their telecom gear away from Huawei. The Commerce Department is extending the Huawei reprieve to allow small rural carriers to upgrade their equipment before the full ban takes effect. Once a full ban is active, small rural carriers will see their networks shut down entirely. Those small rural carriers need money to survive; shutting down their networks and depriving them of needed profit isn’t the way to show Huawei its political muscle.

Full Huawei US aBan 45-day reprieve: what it means for Huawei

The new 45-day reprieve for Huawei is both good and bad. It is good in that it allows Huawei a few more weeks to upgrade its devices on Android security patches. The new reprieve will allow Huawei to continue to deliver on its promises to its customers. And yet, the negative behind the reprieve is that it is half the time the previous three delays have been. The last three delays were 90 days; the new reprieve is only 45 days. It seems odd that the Trump administration would only give Huawei half the time. The only way one can make sense of this half time is if the US is soon to take more stringent measures against Huawei.

The US is soon to run out of its kind grace toward Huawei. What this means is that, at some point in the near future, Huawei may run out of time.

Huawei is becoming the object of Trump’s political muscle. The President says that Huawei is “a threat to national security.” The Trump administration says that Huawei devices have software and hardware vulnerabilities because the company is committing espionage for its Beijing government. Recently, the UK granted Huawei a role in its 5G deployment but limited the company to a peripheral 35%. Canada is still on the fence, and a recent 5G Canada study shows the country’s citizens are just as torn on the issue.

The US has some success with regard to Huawei. It has Huawei on a ban in the US, with some reprieves here and there. Certain countries will not allow Huawei a role in 5G network deployment. But Trump wants to show all of Europe that doing business with Huawei is bad business. To do that, Trump won’t delay the full ban on Huawei forever. Even now, the banhammer is knocking at the proverbial door.

READ  Huawei Mate 9 have tested the strength of 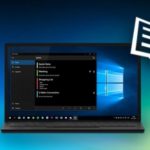 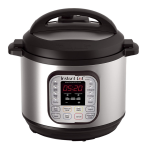 A side table and a projector merge to keep you entertained and your smartphone charged!