Samsung is hard at work on a new set of Galaxy Book Pro laptops, which are said to come with support for the company’s famous S Pen.

A new report has surfaced that rumors S pen support is on the table, alongside mentioning a host of other specifications that were previously unknown. Samsung, which isn’t exactly new to the laptop market, released the original Galaxy Book back in February of 2017.

It then followed that up with new and improved models. The Galaxy Book Pro series is set to be the company’s latest. Potentially releasing sometime later this year. There will be two models of the new laptop, including the Pro and the Pro 360. Although there will be multiple variations of each, coming with a selection of different specifications to suit different user needs.

Both Galaxy Book Pro laptops will get mobile connectivity

Just about every laptop these days seems to have connectivity options that include Wi-Fi and some form of mobile connectivity. The same is apparently true with the upcoming Pro series laptops from Samsung.

Both laptops also run on Windows 10 and will come with configurations that include Intel Core i5 and i7 CPUs. There’s no word on RAM or storage options yet, though.

There will be two display sizes to choose from

When it comes to the display, Samsung will reportedly be using OLED panels. More to the point, probably it’s own OLED panels as there’s no reason not to use the ones it makes in-house.

Each laptop will also have two different display sizes to choose from. These include a 13.3-inch model, and a 15.6-inch model. The former for those who want something more lightweight and portable, and the latter for those who prefer a bigger screen.

As of right now there are no rumors on price or availability. But consumers should expect them to start with a higher price tag. Given the “pro” in the name and the use of the higher quality mid-range Intel processors.

Also absent are details like color and actual design. Samsung has offered at least two colors of most of its Galaxy Book line though. So the same may be true with these upcoming laptops as well.

Here’s A Wear OS Smartwatch From Hublot That Costs Three Month’s Rent
DeLorean MC-12 and more iconic cars get reinvented with these powerful and transformative makeovers! 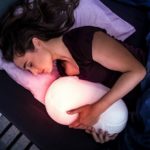 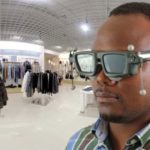 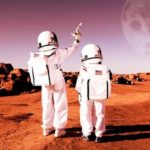 NASA lacks funds for the planned conquest of Mars