[UPDATED] OnePlus Co-Founder May Not Be With The Company Anymore

UPDATE: The company’s co-founder is starting a new company, it seems, after he allegedly left OnePlus. Tech Crunch managed to get this information from “two sources familiar with the matter”. The source was told Carl Pei is “starting his own venture”, we just don’t know what exactly just yet. It could be a new smartphone company, or something else entirely. OnePlus did not comment on it just yet.

ORIGINAL ARTICLE: OnePlus is brand that was created seven years ago with the motto to never settle. OnePlus’ Co-Founder, Carl Pei, may no longer be with the company.

This is according to a new rumor from Android Police. The report cites a user on Reddit named u/JonSigur, who has posted images of what are claimed to be internal documents to other company employees. Those documents appear to be about new leadership roles overseeing the OnePlus Nord. And Pei isn’t listed anywhere on them.

Though images posted to Reddit are not necessarily a confirmation that Pei has left, perhaps it does raise some questions. Like why Pei is no longer listed as lead of the Nord project.

Based on u/JonSigur’s leaked information, if that is in fact what it is, Carl Pei is no longer the lead of the Nord Project.

He used to be though. However, the proposed internal documents state that Emily Dai is now the lead of the Nord Product line. Dai will be the person now responsible for Nord’s “overall success or failure.”

And she will apparently report to Pete Lau on anything that’s relevant to the Nord product line. As Lau is the other Co-Founder of OnePlus and is still the company’s CEO.

Android Police says they have reached out to OnePlus for a comment, but the company has declined to say anything in regards to the matter. Which might just ad a little bit of weight to this rumor.

Pei also had big roles at OnePlus during many of the company’s events. Helping to unveil new devices.

Other reports are confirming Pei’s departure

Though the original report wasn’t sure exactly if Pei had left or not new reports seem to confirm that he is no longer with OnePlus.

Android Central now claims that the Pei has left the company. Citing sources familiar with the matter. Though neither Pei nor OnePlus themselves have confirmed Pei’s departure, it does now seem to appear that the rumors may be true. Android Central also states that Pei had left in “recent weeks.” So while seemingly recent, this apparently didn’t just happen within the last 24 hours.

These changes come at a time when OnePlus is expected to debut multiple new devices. The Nord line is supposed to be headed to the US soon, alongside the 8T. Both of which are expected to be announced at OnePlus’ upcoming event this week. 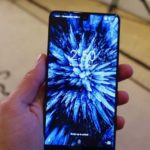 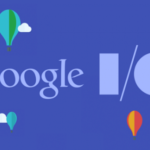 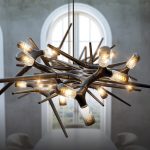 Unlike most chandeliers, the Thorn derives its beauty from raw, aggressive forms