US Consumers, Here’s Your Chance To Buy The Samsung Galaxy Fit 2

Samsung announced the Galaxy Fit 2 a little earlier this year, but now it’s officially available for US consumers to buy. The new fitness tracker is the company’s latest and greatest wearable. Following on from the launch of the Galaxy Watch 3 that was released earlier this year as well.

With the Galaxy Fit 2, the design is generally the same, but it comes with all-new features and some refined ones that Samsung decided to keep around.

It also comes in at least one new color, with a total of two colors, though Samsung will probably launch additional ones eventually as well.

US consumers can pick up the Galaxy Fit 2 for $60

In terms of wearables, fitness trackers are definitely more on the affordable end. The nice thing about this device is that it benefits from Samsung’s beautiful AMOLED display and its more advanced features.

Plus, again it’s not that expensive. It’ll retail for $60 and it’s available directly from Samsung, as well as from retail partners like Amazon and B&H Photo.

As noted it’s available in only two colors. Black, and Scarlet which is a lighter red color. The interesting thing is that if you order from Samsung the company’s website says that trackers will ship by October 19. That’s not until next Monday.

If you’re ok with the wait and would rather order from Samsung, you’ll get the tracker soon enough. However, if you order from Amazon you can have it delivered overnight by 8AM. Though that probably depends on how close you are to an Amazon distribution center.

Which means the Amazon delivery time could vary based on where you live in the US. So keep that in mind.

A lighter, more basic option than the Galaxy Watch 3

Samsung’s Galaxy Fit 2 is the perfect device for anyone that wants fitness tracking features but doesn’t want a large display and a full-blown smartwatch. Or the full-blown cost that goes along with it.

The Galaxy Fit 2 is a lighter device, so it should be more comfortable no mater how long you wear it. Because of the smaller size it’s also likely to feel less invasive than the Galaxy Watch 3 while you sleep. Assuming you want to use the sleep tracking features in the first place.

Of course it’ll also have much longer battery life. So if you value battery life and comfort over the multitude of features, this is definitely the better choice of the two. If there are any downsides at all, it’s that it doesn’t offer customizable watch faces or interchangeable bands. 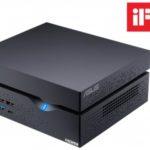 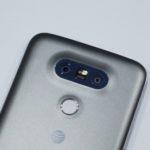 Became known details about the camera of the smartphone LG G6 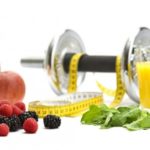