Главная › News › What Is Google Stadia? Everything You Need To Know

What Is Google Stadia? Everything You Need To Know 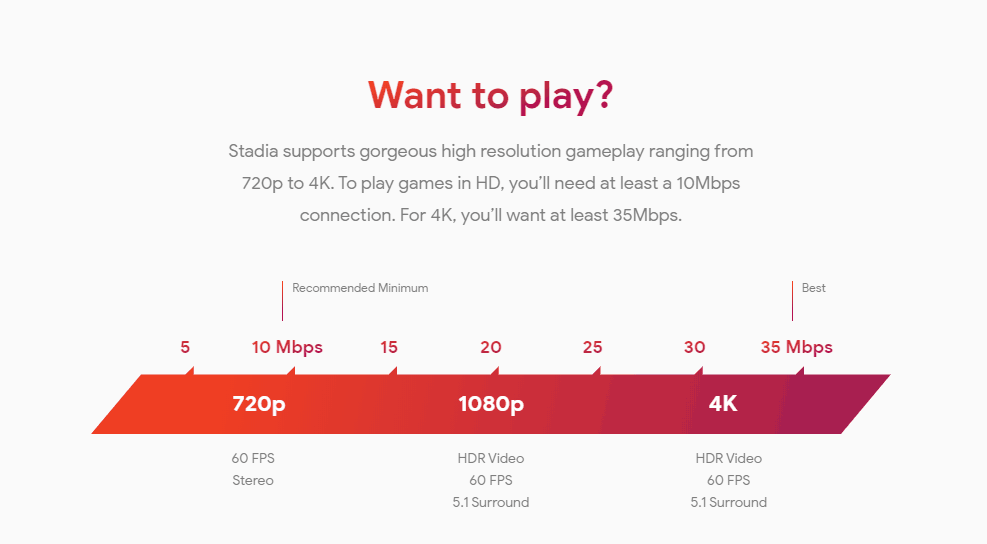 What is Google Stadia and how does it relate to Android? In short, Stadia is Google’s cloud gaming platform. As for its relation to Android, the Pixel 2, 3, and 4 are Android devices you can play Stadia games on.

If you’re looking to learn more about Stadia and what it offers, we’ve laid out everything here to answer all your questions.

When is Google Stadia available to play on Android devices?

In the future, more Android smartphones will also be supported. Google also aims to add support for Android tablets, and iOS devices down the line. So far though there has been no confirmation about when Google would release support for those phones.

If you have one of the compatible phones, you can play games on Stadia as of today.

Besides Android, how else can you play games on Google Stadia?

You can play Stadia games on desktops or laptops with a Chrome browser. This means Chromebooks, and even Windows-based budget laptop and desktop computers.

Basically if it’s a PC of some kind and it has a recent version of Chrome, you can play Stadia on it. Even on Mac.

In addition to computers and phones, you can also play Stadia games on Chromecast Ultra. Simply plug the device into a TV or monitor with an HDMI port and you’re good to go. After you complete the setup of course.

What are the requirements to play games on Google Stadia?

Aside from the devices that are compatible, you also need to be a Founder (only possible by purchasing the Founders Edition bundle that is now sold out), or have purchased the Premier Edition bundle. Which is the only version available now.

You will also need to have a Gmail account to use the service, though it only works with personal gmail and not GSuite.

When it comes to controls, you can use the Stadia controller, DualShock 4, Xbox One gamepad, or similar Bluetooth controllers. Additionally you can also use a mouse and keyboard if you’re playing on PC.

Then there’s the network. According to Google, you will need at least 5Mbps down if you want to have 720p resolution at 60fps and stereo sound. Google recommends at least 10Mbps though.

Something to keep in mind is that experiences, no matter how fast your network is, will vary. During the review period, many people had wildly different experiences with quality. Our review was based on a pretty decent experience, though visual quality was not 4K, even with over 200Mbps down. And there was a noticeable latency in some situations.

Lastly, you will also need to be a Stadia Pro subscriber to play games at launch. Google plans to change this in the future when it launches Stadia Base, the service’s free tier, which comes out sometime in 2020. If you’re a Founder or have the Premier bundle, then Pro comes with that for three months automatically.

How many games does Google Stadia have available?

As of launch day, Stadia has 22 games available for users to play. Two of those games can be played at no cost since they’re part of being a Stadia Pro subscriber. Those include Destiny 2: The Collection, and Samurai Shodown.

In addition to those two games, you have access to other big hits like Red Dead Redemption 2, Shadow of the Tomb Raider, NBA 2K20, Assassin’s Creed Odyssey, Final Fantasy XV, and more.

Google also plans to add more games to the lineup throughout the rest of the year, including Ghost Recon Breakpoint, Borderlands 3, and Darksiders Genesis.

In early and mid 2020, Stadia will gain access to games like Baldur’s Gate 3, DOOM Eternal, Cyberpunk 2077, Watch Dogs: Legion, and others.

One thing to keep in mind though is that some of those games don’t actually have release dates yet as they’ve been pushed back. So how early they launch in 2020 is now unknown.

Not yet, no. It will though in the future. Google announced that it created a first-party studio called Stadia Games & Entertainment, located in Montreal.

It also wants to have a studio in the UK as well as Japan. It will however probably be a while before any first-party content is released for the service.

Are there any free games?

Stadia will provide Pro subscribers with at least one free game per month, similar to PlayStation Plus.

As long as you subscribe to Stadia Pro, you will always be able to play those games. You do lose access though during anytime you aren’t subscribed.

You will also miss out on any free titles that are given out during any months your subscription is inactive.

As of right now, no. Google has not officially confirmed that Stadia will work with mobile data in the future either. Though it likely wants to make this possible eventually.

For now, Stadia will need to be connected to the internet through Wi-Fi. You can also connect compatible devices to the internet with an ethernet cable for a hardwired connection.

This will work for the Chromecast Ultra, or the PC. For phones you must connect to Stadia through Wi-Fi. Although, it is possible to connect through mobile data if it’s via a hotspot Wi-Fi connection that’s being shared from another phone.

However users shouldn’t expect this to be the best possible connection for gaming. Anyone considering this connection method when they’re not around Wi-Fi may want to keep that in mind.

What sorts of features does Google Stadia have?

Stadia in general has plenty of features that were advertised both that would be available on Android and other devices. Many of those features are not quite available, but they are coming.

As of launch, Stadia on Android will support gameplay with the controller and buying games through the store, and that’s about it. In the future though, you’ll be able to use things like Capture, which lets you take screenshots with the dedicated button.

You can already use this particular feature on the PC or on Chromecast Ultra though. Other upcoming features include things like Stream Connect, which is basically Stadia’s version of split screen, Crowd Choice, State Share, and one of the more exciting ones, Crowd Play.

With Crowd Play, gamers can hop into a game with their favorite streamers. The way it works is it puts you in queue if there’s a wait. Stadia will then tell you when it’s your turn to jump in. You can then automatically pop into the game you were just watching.

What are the benefits of Google Stadia?

There’s a pretty large list of benefits for this platform. For example, Stadia allows you to play games in the cloud, and because of this you don’t need to buy a bunch of expensive hardware.

That means you don’t need to spend hundreds on a console. Or upwards of a thousand or more for a really good gaming PC. You also don’t have to deal with downloads for games.

When you buy a new game you can simply log onto Stadia, and hit the play button. That is literally it. You can jump into games super quick and never worry about downloading patches or updates.

One of the best benefits though is playing AAA, big budget game titles on your smartphone. You do need a Pixel device for this right now, but eventually that will expand. The point is that you can now take your game to a new screen.

Perhaps you’re playing on the TV but then your better half wants to watch a show. No problem, simply pause the game and start where you left off on your Pixel device. Or in a Chrome browser. Stadia saves your game state too for around five to ten minutes, so you have time to grab a snack before you start playing again.

Another benefit is playing games at higher quality without the need for an expensive gaming rig. Now, this one is a little touch and go, as we didn’t get any 4K for games during our review testing. At least not when we tried it through our Chromecast Ultra.

But Stadia does claim to offer it, and some users have reported really high-quality graphics. So, your mileage may vary with this one.

Are there any downsides to Google Stadia?

That all depends on what you perceive to be a downside. There are some.

The one that most people can agree on is latency. Not everyone will notice it, but even those that are experiencing it can agree that this is a major pain point if it pops up and it’s bad enough.

In our review, we noted that there was noticeable lag in multiplayer gameplay during our sessions. Single player gameplay was great with no noticeable latency or input lag issues. Your best chance of avoiding this particular problem, is making sure you’re playing on a device that’s hardwired to your router.

Another downside is lack of device support. So far you can only play on Pixel smartphones. Save for the original Pixel. You can’t play on iOS either. This is limiting the amount of people that one, can and will use Stadia, and two, play on a phone.

One other issue is that the Chromecast Ultra can get extremely hot and overheat. This may not happen for everyone, and it seems to be more with longer gaming sessions at the highest settings.

Where can I buy Google Stadia?

Stadia is officially available in 14 different countries at the beginning of its launch from November 19.

This includes the US, UK, Germany, Finland and others. Though it would technically be possible to buy Stadia equipment and bring it to a country not on the list, the service wouldn’t be supported there.

As for what storefronts you can make your purchases at, Stadia is only available through the Google Store right now. This means you have to order online and have the Premier Bundle or Stadia controller shipped to you.

Eventually, Google may end up selling Stadia bundles and controllers in other retail outlets. It hasn’t mentioned any plans to do so however.

Is Google Stadia right for you?

There are plenty of factors to consider when asking this question to yourself.

If you hate large game downloads, patch or update downloads, or expensive hardware, then you should probably think about buying into it. That being said, there were some notable issues that might make this something you should wait on for a little while.

Your network plays a lot into this. If you don’t have a very strong network, you may experience more lag and latency than others. Also worth considering is how you want to play. From your phone? As long as you have a Pixel, then it’s a good buy. We noted in our review that playing on the phone was an excellent experience.

Then again, Stadia is only the right choice for you right now if you want to play some of the games that are available. There are no games save for GYLT at the moment that are new. If you’ve played everything, then it might be better to wait until more titles come out.

Overall, Stadia is a great gaming option if it fits into your lifestyle. And there are many reasons why it can and should. Though some people had terrible experiences with the service, it seems many more people are having positive ones.

At the very least, Stadia is definitely something to keep a very close eye on. 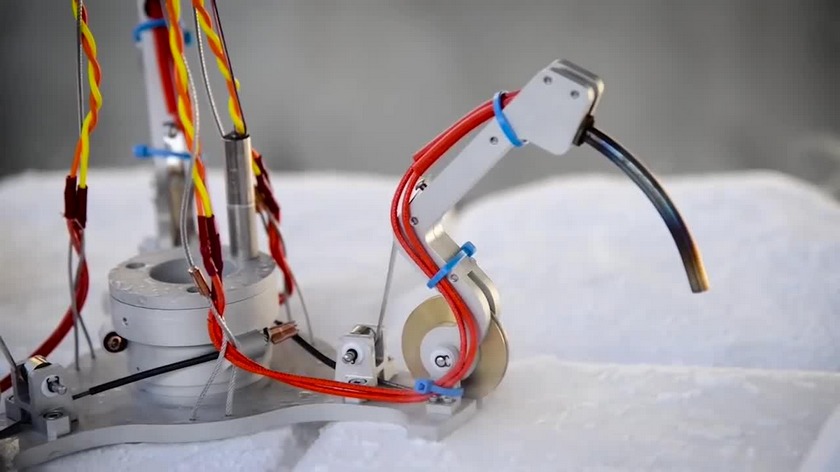 How NASA will investigate icy worlds 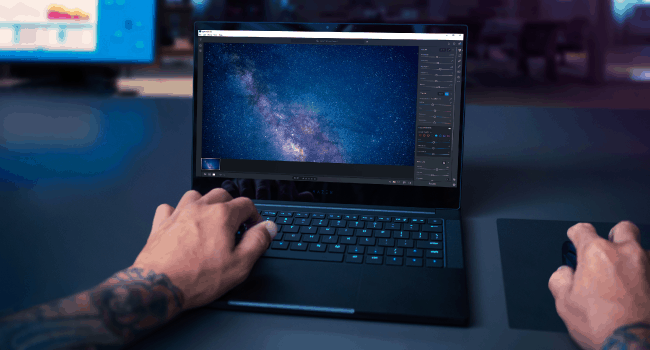 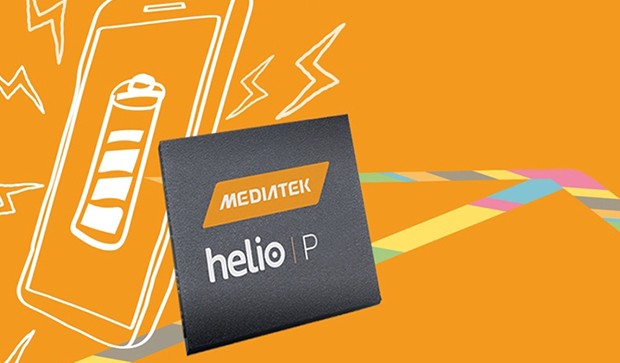 MediaTek will sell the chip Helio P23 less than $10