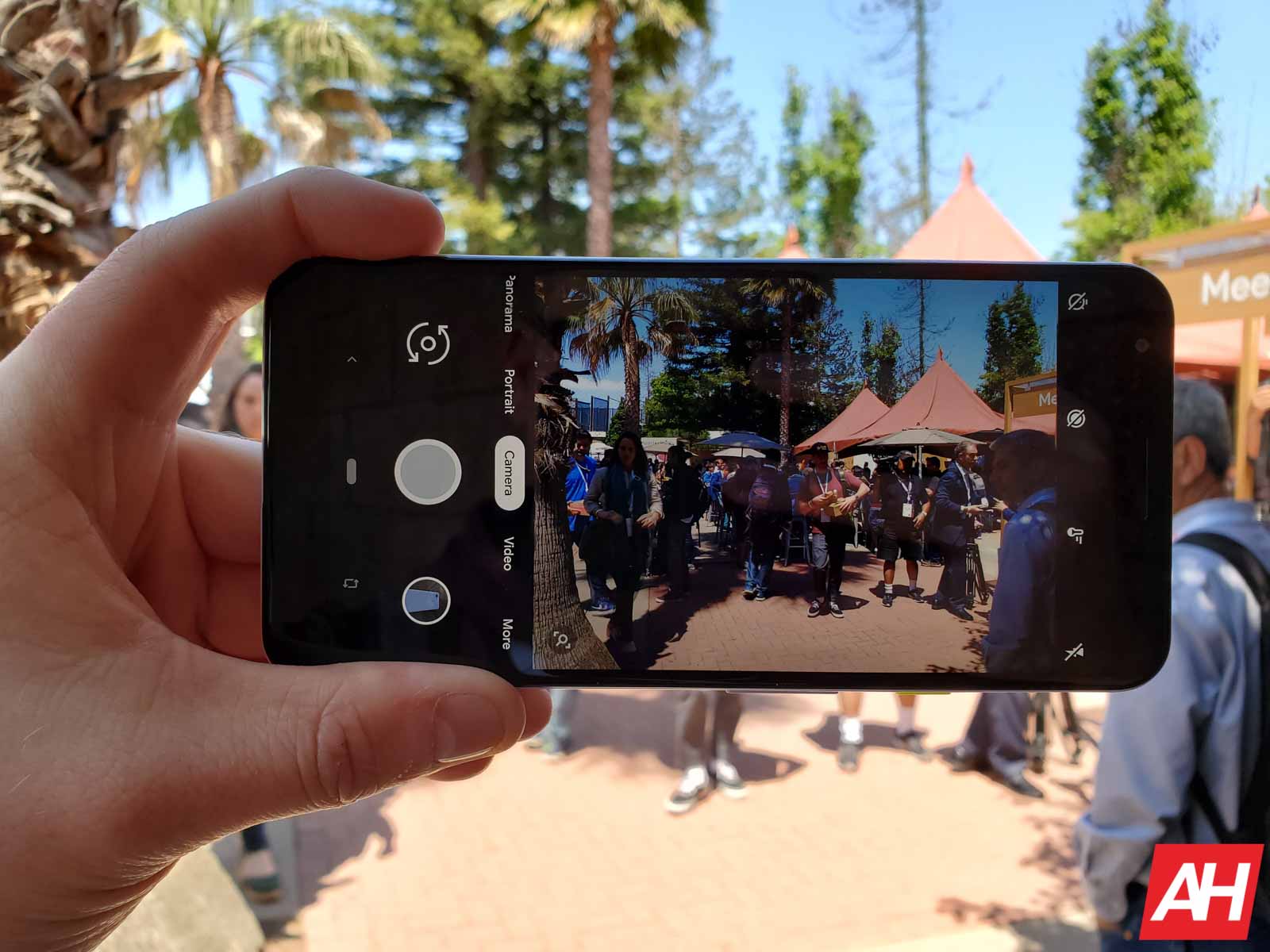 Why The Google Pixel 3a Is The “Affordable” Smartphone To Buy

In a world where smartphones are crossing the $999 mark and getting into four-digit territory, as far as pricing goes, a $400 smartphone with the same features as those $900 smartphones is definitely a looker. And with the Pixel 3a, it is the only sub-$500 smartphone that you should buy.

Let’s face it, no one really wants to spend over $900 for a smartphone these days. Google knows this, and that is why the Pixel 3a was released. Or at least, partially why. The Pixel 3a brings a lot of the features and specs from the more expensive Pixel 3, down to a much more manageable price. But why is it the only phone under $500 that you should buy? One word, the camera.

Pixel 3’s camera comes to the Pixel 3a, at half the price

The camera on the Pixel 3a is a great camera, period. Not a great camera for the price, but a great camera in any price point. While the DxOMark score hasn’t come out for the Pixel 3a just yet, it wouldn’t be too crazy to see it get a very similar score to the Pixel 3. Which scored 101, it’s a bit far down on the list now, considering it launched seven months ago, that’s not too surprising.

The big difference between the two, is the fact that Google’s Pixel Visual Core is not available on the Pixel 3a. That is an image processing unit that Google custom designed for its Pixel smartphones, starting with the Pixel 2. It’s what gives the Pixel the ability to take such amazing pictures with just a single camera. That could be a big deal for some users, but if what we’ve seen so far is anything to go by, this omission won’t be a big deal.

The biggest change from the Snapdragon 845 to the 670, is the cores. There are still eight cores, but there are two 2GHz cores and then six slower 1.7GHz cores. Instead of four faster and four slower cores in the Snapdragon 845. This actually results in better battery life, since it is running at a slower clock speed in standby. Now this does mean slightly slower performance in day-to-day usage, but in using them side-by-side, we have barely noticed any real differences with the performance between the two.

The reason why the Pixel 3a doesn’t have performance issues like the Pixel 3 did (or does), is because of the RAM. The Snapdragon 845 is not made to work with 4GB of RAM, it’s made for 6GB or 8GB of RAM. While the Snapdragon 670 is made for 4GB of RAM and works better with it. This is why that multi-tasking issue that plagued the Pixel 3, is not an issue with the Pixel 3a. Not to mention the fact that it brings much better battery life – partly thanks to the larger battery capacity.

The other big change is the design. Gone is the big airport runway notch from the Pixel 3 XL, and there are bigger bezels on the Pixel 3a and Pixel 3a XL. That isn’t necessarily a bad thing, as it allows you to hold onto the phone better when playing games. It also is made of polycarbonate this time, instead of glass. Finally, the other difference in design is the stereo speakers. The Pixel 3a uses the earpiece and a downward facing speaker, instead of two front-facing speakers.

The polycarbonate finish isn’t going to be a big issue. It looks very similar to the regular Pixel 3, but it is noticeably lighter. That is just physics. Glass is heavier than plastic. For many, this is going to be a breathe of fresh air, as plastic doesn’t shatter or scratch as easily as glass does. So seeing Google move back to glass is definitely a good thing to see. And it’s a 2019 trend that we are seeing other smartphone manufacturers jump on, and we are loving it.

It’s not all good news for the Pixel 3a series though. As you might expect, it is missing a few features like water resistance, and wireless charging. These are cost-saving measures for Google, and luckily aren’t features that would keep people from buying the phone, if they were missing. So Google was smart in dropping these, and keeping the impressive camera, and putting an OLED display on the Pixel 3a.

All the features, with none of the problems

The Pixel 3 has been riddled with issues ever since it launched, in October. From multi-tasking issues due to the lacking RAM that is inside the phone, to the phone randomly growing a second notch on the side, and a number of other issues. Performance has been a big issue for the Pixel 3, but luckily the Pixel 3a isn’t having that issue – at least not yet. Of course, it’s worth noting that we have only had the phone for a couple of days at this point, so it’s still early.

Yes, the Pixel 3a is going to be a bit slower than the Pixel 3, due to the processing power in the two devices. But the Pixel 3a is a bit more reliable. For instance, on the Pixel 3, you can sometimes tap on something and nothing happens. This is because it has ran out of RAM. Or, if you are listening to music, and open the camera, Android will kill the music app so that it has enough RAM for the camera. These are not issues on the Pixel 3a, luckily.

Pixel 3a brings an OLED display, a great camera and impressive battery life to the table, all at a very affordable price. Making it the best smartphone under $500, so far.

Pixel 3a is the only Pixel worth buying right now

The Pixel 3a is the only Pixel worth buying because it fixes the Pixel 3’s issues, and keeps the impressive Google Pixel camera, with an OLED display and better battery life. Even if this phone was more expensive, it would still be a better option than the Pixel 3 right now.

With the Pixel 3a starting at $399 and the Pixel 3a XL at $479, these are very impressive smartphones. They also slot into an area of the smartphone market that hasn’t really been targeted in the past few years. As OnePlus smartphones have slowly gone up over the past few years, now hitting prices of $549 with the OnePlus 6T, and the OnePlus 7 is going to likely jump up even higher. Motorola has also dropped the prices of its Moto G smartphones, to being below $300.

While both OnePlus and Motorola do offer some great smartphones, the Pixel 3a still beats them. Those two smartphones offer great performance and okay cameras. But the camera is the most important aspect of any smartphone these days, so getting an inexpensive smartphone with a great camera is a must in 2019. Unfortunately, the new Moto G7 series have pretty mediocre cameras, and OnePlus still lags behind the Pixel lineup.

The Pixel 3a is coming at a time where many smartphones are not being released. The spring releases are all done, for the most part, with the next major wave of new smartphones coming in July. Meaning that it’s going to get more attention than if it launched a couple months ago, or a few months from now. That was a smart thing for Google to do.

Many have been clamoring for Google to return to the pricing of the Nexus 4, Nexus 5, Nexus 6P smartphones from a few years ago. Since Google went the Pixel route, it has jumped up in price, and now Google has returned to the cheaper price range. The Pixel 3a is not Google’s high-end, flagship smartphone. But for those looking for something a bit cheaper, the Pixel 3a is a great choice for a number of reasons.

With Google ending the Pixel exclusive at Verizon, and now selling the Pixel 3a at T-Mobile, Sprint, and US Cellular, it’s a big deal, and makes this a much more popular smartphone. Though it is a bit odd that AT&T is not in the mix this time around. It means that this is a phone that more people can buy, and finance if they don’t want to pay $400 right away.

Google & Qualcomm Push For More Assistant-Enabled Headphones
How Will ‘Spider-Man: Far From Home’ Integrate the End of ‘Endgame’? 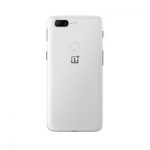 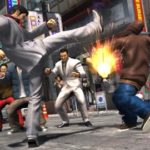 Japanese GTA can move from PlayStation to PC 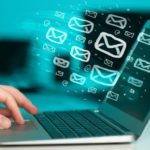 How to configure mail access Mail.ru and Yandex, through Gmail

Keanu Reeves, ‘Cyberpunk 2077,’ and What Stars Bring to Video Games

LEGO creations by master builders that showcase why LEGO is not just a children’s toy: Part 5