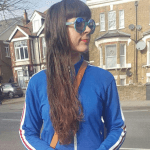 SPOILER ALERT: This post contains spoilers from the midseason premiere of Season 8 of The Walking Dead, titled “Honor”. Proceed with caution.

Fans of The Walking Dead finally got some answers in the Season 8 midseason premiere. And we don’t mean the long-awaited reveal of Carl’s fate. Although, following the shocking ending to the midseason finale, which showed us that Carl had been bitten, we did finally discover that yes, he does die. And that no, he doesn’t hold the secret to the cure. At least, there was nothing to suggest that he might.

But while we learned the nature of his demise, it was another revelation that had fans most stunned. Cast your mind back to the season’s opening episode, and you’ll recall seeing grey-bearded ‘Old Man Rick’ in a soft-focus sequence, living in harmony with Michonne and an older Judith within a rebuilt community. Was it the future? What was the meaning of the scene’s inclusion? Where was Carl? And why was Weird Al Yankovic’s “Another One Rides the Bus” soundtracking the scene? All questions that the sequence provoked were addressed in the midseason finale.

The scene was revealed to be Carl’s vision of the future, recounted to Rick on his deathbed. As for that song? During his speech, Carl says he saw Judith growing up listening to the songs he used to listen to – and so, it appears that Carl’s a closet Weird Al Yankovic fan. But most jarringly, Carl’s vision included both turncoat Eugene and mortal enemy Negan.

In it, Negan is a part of the community. He’s shown tending a vegetable patch. A 6-year-old Judith approaches; he greets her with a huge smile, saying: “Good morning to you, darling”. And the internet just can’t get its collective head around what it saw.

Some thought it was hilarious:

Others just straight up loved it:

And while there’s no guarantee that what Carl envisioned will play out, for fans of the comic books, it confirmed the tack the show will take (or at least gave a nod to what happens in the comics):

But it seems that while fans were left open-mouthed at Negan’s cameo, reactions weren’t overly hostile. When it came to Eugene’s appearance, however, fans reacted angrily:

It seems that fans are more willing and prepared to forgive villain Negan his misdemeanours than they are Eugene — who they might never forgive for betraying his own. 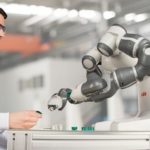 Android 12 Developer Preview 2.2 Is Now Rolling Out To Pixel Devices