Not many of you would be aware that this year marks the 10th anniversary of the Chinese technology giant Xiaomi. The company was founded back in 2010. Moreover, to celebrate its decade long success in the market, Xiaomi will be having a virtual event on August 11, 2020. Notably, this event is expected to jam-packed with new products and smartphones. It is also expected that Xiaomi will unveil its 2020 flagship, the Mi 10 Pro Plus.

Although nothing much can be taken away from the announcement made by Xiaomi on Weibo, famous leakster, Digital Chat Station shared some info.

As per Digital Chat Station, Xiaomi will announce several new phones and new products in this event. The products are also expected to include the Xiaomi Mi 10 Pro Plus flagship phone.

Xiaomi might launch the Redmi K30 Ultra as well

Well, rumor has it that an alleged Redmi K30 Ultra is in the works. And Xiaomi might release the Redmi K30 Ultra in the upcoming event. The phone is rumored to come with a 144Hz display. Besides other leaks suggest that two smartphones with code name Gaugin and Gaugin Pro, with 64MP and 108MP camera, respectively, will be unveiled in the event.

Xiaomi is also expected to release the 120Wfast charging phone, with a Snapdragon 865 chipset. As far as Mi 10 Pro Plus is concerned, the phone will definitely come with top-of-the-line specs. It will equip all the ultra-high-end specs and will be the Chinese company’s flagship offering of 2020. However, that is about it for the Mi 10 Pro Plus. Not much is available at the moment, for the Mi 10 Pro Plus. But it is highly likely that this device will be unveiled in the event.

The official Mi community website also shared a post dedicated to the upcoming virtual event and details about the keynote to be presented by CEO Lei Jun. Nothing is confirmed as what we should expect from this August 11 virtual event by Xiaomi. As everything is kept under wraps. But as this event celebrates Xiaomi’s 10 years anniversary, so we can expect the company to come up with multiple products. However, to know about all the products, we will have to tune in at 7:30 AM ET on August 11 for this Virtual Event by Xiaomi.

READ  You Can Now Use Google Assistant To Find Plumbers 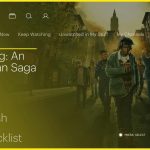 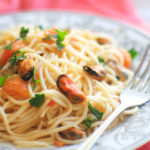 “Spaghetti” as a medium for cell growth? Why not!

Where To Buy The Oculus Quest 2 VR Headset