Xiaomi is reportedly working on a new feature that would copy Google’s own “Top Shot” feature that it added to the Pixel a couple years ago.

The company is going to call it “AI Shutter”. A name that basically means the same thing, but it isn’t as sexy as what Google has.

This is all based on a beta version of the MIUI Camera app that XDA Developers got their hands on. And it contains a string that shows that the company is working on this feature, called AI Shutter. The description within the code closely matches what Top Shot does within the Google Camera app currently.

Now the code is in Chinese, unsurprisingly, but a loose translation readers “Select best moment automatically when pressing the shutter button.” So how this would work, is that the AI would automatically suggest which shot would be the best. And it does this by taking multiple shots while it’s taking your shot. With the Pixel, you’ll need to have Motion turned on for this to work – as that allows for multiple shots to be taken.

The whole purpose behind Top Shot or AI Shutter, is so that if someone blinked during the picture, you can choose another one. Or if you’re taking a photo of a pet that moved, you can see other options from the same shot. So you don’t need to retake the shot.

Smartphone cameras have had a Burst Shot feature available for years, and this is basically a machine learning upgrade for that feature. As that is essentially what it is doing, but without you having to hold down the shutter button to get all of these extra shots. It also doesn’t fill up your camera roll like Burst Shot mode might, because its one picture, not ten of the same photo. Which is much nicer.

While not confirmed, we could see this feature coming in MIUI 12, which Xiaomi is currently working on, and we could see betas available very soon. But, like with Google, this could be coming in a future release, like MIUI 13 or even 14. As some of these features do take some time to iron out and make sure that it’s working properly first.

As always, take this with a grain of salt, as this is an unannounced feature for MIUI. 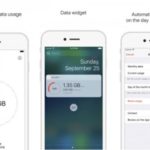 Discounts on apps and games for iOS on Mar 28, 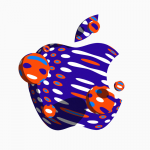 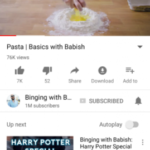