In Android 12, Google will allow you to edit any image with the image markup tool that was originally built for screenshots. It’s a simple markup tool, nothing to fancy, in terms of editing controls here. But it is a quick way to crop or adjust the image on the go.

Basically, the way it works, is you press the “Share” button on any image, and then you can tap on the “Edit” button at the top. Basically, you’re sharing the image to the markup tool. From there you can edit any image in the markup tool. This includes cropping it, adding text, emojis and more.

Now the editing tools inside of Google Photos is still more robust, but it is nice to see this available inside of Android, without needing to install another app – or sign into Google Photos.

Adding text and emoji is new in Android 12

As mentioned earlier on, you can add text and emoji to your photo with the markup tool in Android 12, which is actually new. Before, you could crop, rotate, etc. But you could not add text or emoji. Now you can.

Meaning that you can get your Instagram Stories ready, without opening the Instagram app. Which is pretty neat.

This is one of the more minor changes in Android 12 this time around. At least so far. Of course, we don’t know everything that is new in Android 12 yet, since the beta has not yet landed. Only the first developer preview has landed for Android 12, which mostly details developer-related changes. Any user-facing changes will come in May, at least the major ones, when the first beta actually lands.

But this is a pretty useful feature to have on your smartphone, and something we should have had quite a while ago. Better late than never, I guess. 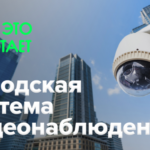 How does it work? | City surveillance system

One UI 2.1 Update Released For Galaxy S10 and Galaxy Note 10 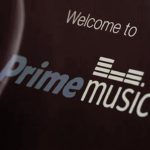