YouTube TV is Google’s own streaming live TV service. And it offers over 85 channels, live.

This product was designed for those that are looking to cut the cord from cable and be able to still watch cable channels. Without being tethered to their cable box, and be able to watch it anywhere.

YouTube TV is heralded as one of the best streaming live TV services on the market right now, despite the pretty regular price increases it has seen. It now costs $64.99 per month, after costing just $35 a few years ago. It’s the only streaming service that has PBS, and it is also the only one with an unlimited cloud DVR service. Making this a really incredible service for those that are looking to cut the cord from Comcast, Cox, AT&T, Verizon and other cable operators.

What is YouTube TV? And should you ditch cable for Google’s TV service? We’ll attempt to answer that, as well as other questions, like the cost, cloud DVR limitations, multiple screen limitations and more. Here’s everything you need to know about YouTube TV.

YouTube TV is Google’s attempt at capturing the cord-cutting audience. It’s a streaming Live TV service that offers 85+ channels, and continues to add more every few months. It also has YouTube Originals available.

YouTube TV initially launched in 2017, and it was restricted to a handful of markets in the US. The reason for the slow rollout, was gathering all local channels. Google did not want to launch in a market that did not have all of the locals. That includes ABC, NBC, CBS and FOX. Initially, Google was offering around 60 channels for $35 per month. In 2018, ahead of its nationwide launch, it increased prices from $35 to $40, but those that got in on the $35 price were grandfathered in.

In 2019, Google made YouTube TV available in all 210 markets in the US. It also added nine networks from Discovery, and raised the price from $40 to $50 per month. This also ended the grandfathered-in pricing for those that were paying $35. Google forced everyone to start paying $50.

In 2020, YouTube TV was able to strike a deal with ViacomCBS to bring over their channels to the service. Bringing over all of their channels meant another price increase. Going from $50 to $65 per month, and bringing the total number of channels to 85+. On March 17, 2021, YouTube TV added the rest of the ViacomCBS Channels to the service. These include BETher, Dabl, Nicktoons, Nick Jr, teenNick, MTV2, and MTV Classic.

YouTube TV is pretty unique for a couple of features that it offers and most of its competitors do not. The biggest one being an unlimited Cloud DVR. Allowing you to record just about everything. The other big feature is it’s availability. It’s available on almost any platform.

How much does it cost?

YouTube TV costs $64.99 per month for the base package. That includes 85+ channels, and all of its features.

There are some premium networks you can add-on, as well as the Sports Plus package. Sports Plus is priced at $10.99 per month and gives you an additional eight networks. The premium networks that are available include HBO and HBO MAX for $14.99. Showtime for $11/month, STARZ for $7/month, Cinemax for $10, Epix for $6/month, Curiosity Stream for $3, AMC Premiere for $5, Shudder for $6, Sundance Now for $7, Urban Movie Channel for $5 and AcornTV for $6. These all come with a free trial, anywhere from five days to 14 days. So it’s pretty easy to check out these premium channels before paying for them.

Google added the Sports Plus package in September 2019. This is a new add-on for YouTube TV that will allow you to add even more sports networks. Included in this package is NFL RedZone, FOX College Sports, GOLTV, Fox Soccer Plus, MAVTV Motorsports Network, TVG and Stadium. It’s available for $10.99 per month.

READ  A Day in the Life of Vision

YouTube TV announced the Entertainment Plus package in February 2021. This package bundles HBO MAX, SHOWTIME and STARZ for $30 per month. Individually, these would cost you $35 per month, so you’re saving $5 here. Not a big savings, but a great way to bundle them with YouTube TV.

What devices are supported?

YouTube TV is available on a large variety of devices right now, and it is still adding more to its list.

As of today, YouTube TV is available on Android, iOS, Android TV, Apple TV, Chromecast, Fire TV, Roku OS, PlayStation 4 and Xbox One. As far as smart TVs go, it is available on many smart TVs from LG, Samsung, Hisense, Sharp, TCL and VIZIO that are 2016 and newer. Not to mention the fact that any TV that has Android TV, Roku or Fire TV built-in will also work – which includes almost every Hisense and TCL Smart TV from recent years.

On September 30, Google announced that the new Chromecast with Google TV will have a pretty tight integration with YouTube TV. With a new “Live” tab on the home screen that shows the current TV listings for what is live. At launch, only YouTube TV works with this tab, but Google plans to add more to that tab in the future. Like Sling TV, FuboTV and others.

Update: As of April 30, 2021, Roku no longer carries YouTube TV. Existing users can still use YouTube TV, for now. However, you do still have the option to Cast to your Roku device. This is in result of the carriage dispute between Google and Roku. This should only be a temporary thing, hopefully.

What channels are offered?

YouTube TV has steadily been adding new channels to its service since its inception in 2017. Currently it has over 85 channels, and covers the majority of the top 100 most popular cable channels.

YouTube TV has a number of great features, some of which none of its competitors even have. As a result, it really helps make it stand out among the competition. Here are some of the bigger features for YouTube TV.

By far the most popular feature for YouTube TV is its unlimited Cloud DVR. Which is included in the $64.99 price.

Because it is unlimited, you can record virtually anything and everything on YouTube TV, and watch it later. You can also record as many shows at the same time as you want. Something that is not possible with traditional TV.

Another feature that sets YouTube TV apart is multiple users. Most streaming services do have multiple users support, but not quite in the same way.

With YouTube TV, you can invite up to five people to your subscription. So instead of sharing your password with other people, they can sign in with their own Google account. That is much smarter than sharing passwords, especially for something like your Google account, which is used for almost everything on the web.

While you can have up to five accounts on your YouTube TV account, you are still limited to only three simultaneous streams on YouTube TV. So not everyone can watch at the same time. But three screens is also more than its competitors offer, without paying for an upgraded plan.

You also have the ability to control other functions, like selecting a TV channel to watch live, starting a show, recording a show and even using playback functions like pause, resume and rewind.

YouTube TV does have an on-demand section of different movies and TV shows. If something you recorded is available as on-demand, you can choose between those two options. For example, if election coverage interrupted your recording of Ellen’s Game of Games, you can opt to watch the on-demand version instead.

The main difference between on-demand and DVR though, is that you cannot fast-forward through commercials on on-demand content. Though some won’t have commercials – like FOX shows for some reason. On DVR content, you can fast-forward or rewind to your heart’s content.

Surprisingly, most other streaming live TV services do not offer this feature, but YouTube TV allows you to do picture-in-picture on mobile. So you can continue watching your show while you are on Twitter or Facebook, or replying to your friend’s text message.

This works on Android smartphones and tablets. However, it doesn’t yet work on iOS. It’ll work on iPads and iPhones starting with iOS 14.

As with everything these days, there is a dark mode for YouTube TV on both desktop and mobile. This can be very useful for when you are watching TV or scrolling through the app at night or in a dark room.

Since you can’t “delete” shows from your DVR – they will auto-delete after nine months, and be replaced with a newer recording if that show played on TV again – mark as viewed is really useful.

You can “Mark as Watched” on any movie or TV show on YouTube TV, from the desktop or mobile versions of the service. This means that it won’t show up as “new” in your library any longer. As a result, it makes it easier to view your new shows in your library, to catch up on what’s new.

This is likely no real surprise, but YouTube TV does not allow for offline viewing. Most streaming Live TV services do not allow for this, since it is live. But it would be nice to be able to download your DVR’d content to watch offline, if you are going to be flying somewhere with no internet, or taking the subway to work. Hulu with Live TV does it, but there are some serious caveats to it.

When you look at the channels and the pricing of YouTube TV, it is a pretty good deal. The only downside here is that there’s no telling when the price may go up again. But if the recent Sports Plus package addition is anything to go by, it looks like Google is planning to add some more premium packages. Instead of giving everyone, every single channel and just raising the price.

I am a subscriber of YouTube TV and have been since almost the beginning, so my opinion here is a little bit biased, but I feel that this is the best value. There’s over 85 channels here, including the majority of the top 100 cable channels available. As well as cloud DVR, where you can save literally everything (and I do) to watch later. Not to mention the fact that it is available on almost every platform you can think of.

If you’re looking to check out YouTube TV, use this free trial to check it out before paying for it. Google gives everyone a free seven-day trial. But right now, if you sign up before October 15, 2020, you can get that doubled to 14 days. 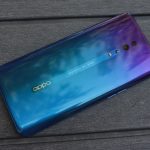 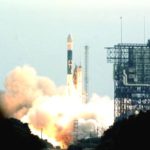 The human factor: 7 the disastrous consequences of software errors

Motorola Moto G8 Appears In Renders Along With Its Specs