YouTube To Invest $5M In Creators For Change Over 2018

Video giant YouTube has been spending no shortage of time and money on solving PR and advertising crises lately, but the company’s latest announcement takes things in a different direction by stating that the recent Creators for Change initiative will be getting an additional $5 million in investments over the course of this year. This money will go to production and marketing support, as well as tools and incentives to encourage more YouTube voices to speak out about social issues. Part of this new investment in the program will manifest as production grants given directly to select YouTubers, and the company will be announcing who will get those within the next few months.

The aim of Creators for Change is to help to amplify creators that push for empathy, values, and social change. Video content associated with the program racked up hundreds of thousands of hours of cumulative viewing time worldwide during 2017. The highlight of Creators for Change in 2017 was collaboration with influencers and social change organizations in a number of countries around the world. As an example of this collaboration, YouTube’s press release cites a project called #1Indonesia, where YouTube channel Cameo Project partnered up with the Maarif Institute to encourage around 2,000 high school students to make videos addressing issues that are pertinent to their own communities, and push for change. The program has reached out to some 15,000 similar students worldwide, and youths in places like Germany and the UK reported that their association with the program left them more experienced and willing when it comes to using the internet as a tool to incite social change.

This move is a welcome respite from the wide range of criticisms that YouTube has been facing lately, and the company’s recent policy changes in an attempt to control unsavory behavior on the platform. Incidents like the one in Logan Paul’s video from Japan and the ongoing tide of strange and inappropriate videos both targeting and starring children have made advertisers dial back their collective enthusiasm about the platform, worried that their advertisements will end up featured alongside objectionable content and thus damage their company reputations. Creators for Change helps to reaffirm YouTube’s core mission amid allegations that the platform is letting hate run amok. 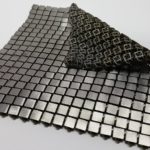 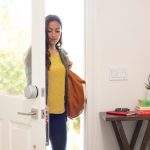 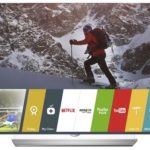